Bethune Cookman University has decided to ask the National Alumni Association to dissolve. A request was made in the form of a letter from B-CU's attorney, Michelle Bedoya Barnett, dated Sep. 17. 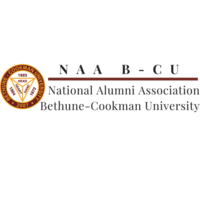 "Please understand that B-CU appreciates the efforts of its alumni and is appreciative of the support its alumni have afforded over the years. However, as B-CU works to ensure that there is uniformity in its practices and that B-CU's records are appropriately maintained, B-CU is moving towards establishing a Direct Support Organization program to support the efforts of alumni affairs and other auxiliaries that represent the B-CU,'' the letter states.The board of trustees at Bethune-Cookman University has asked the National Alumni Association to go away so the BOT can create a new organization that officials say will be more efficient and user friendly.

During a 90-minute webinar on Sept. 23, BOT Chairman Belvin Perry and others laid out their rational for requesting that the NAA move to dissolve while the board creates a "direct support organization" that would be more efficient and encourage growth, as well as provide alumni with more support and access to the university.

Perry also noted that the memorandum of understanding signed in 2006 between the university and the association expired in 2007, and hence, was not legally binding.

The DSO would streamline the donation process, according to trustee David Brewer.

"Major donors look to see if alumni support their university," said Brewer, who sat on the subcommittee that came back with the recommendation to move toward the DSO system. He said officials looked at what other schools were doing and found that this model was preferred by many schools including Claflin University, which leads all HBCUs when it comes to alumni engagement and financial support with 37 percent. Claflin is located in South Carolina and has an enrollment of about 2,000 students. It's current president, Dwaum Warmack, previously served as director of student services at B-CU from 2013 to 2014, before leaving to take the presidency as Harris-Stowe University.

"We must have the courage to change and honor our dear founder," interim university President Hiram Powell said. The DSO would be managed by an executive director. Powell said he already has a candidate lined up for the job.

The invitation for the webinar said it was open to all stakeholders-students, staff, faculty, community members and alumni. More than 400 people reportedly registered.

The NAA, however, was hosting it own meeting at the same time. The Voice has reached out to alumni spokesman. Read their comments in the next dispatch.

Johnny McCrary Jr., president of the NAA, dismissed a request by the trustees calling for the NAA to dissolve and let its membership become part of a "direct services organization" the college is planning to implement. The South Florida lawyer also disclosed that the NAA is looking to change its name.

"For nearly 90 years, the alumni of Bethune-Cookman University have faithfully supported our alma mater," McCrary said. "We serve in faith, we serve with hope and we serve with love," he said during his presentation that was streamed live on Sept. 23 on YouTube. He has declined requests for comments from the Voice staff.

During his presentation he acknowledged that the B-CU has announced plans to start its own direct service organization. But, he said, the university has no legal right to ask the current association to dissolve-as it did recently-or to communicate directly is NAA chapters about becoming part of the DSO. At the same time, any alum that would like to join the DSO can do so.

"We are independent of the university and have the right to continue without B-CU's blessing," he said, adding the association has already filed the paperwork for a new name-The Mary McLeod Bethune National Alumni Association. Officials will be communicating with the presidents of its 25 chapters about the next steps in the process.

A former member of the BOT, McCrary said by maintaining its independence from the school, the alumni association is in a better position to challenge questionable practices such as a dorm deal that until recently threatened B-CU's financial stability. He cited Morris Brown College in Atlanta-which lost its accreditation in 2002 because of fiscal management and debt-as an example of what could happen when alumni don't speak out and ask the tough questions. The Atlanta-based college was granted accreditation earlier this year. It enrolled 42 students in 2020.

He also said the association's purpose will continue to be raising money for student scholarships.

Davina Jones, a B-CU alum and administrator at a college in Pasco County, was one of several other speakers that night. Jones said what is happening at B-CU is not unique. "B-CU Is not alone. Many HBCUs are facing this," she said, in part, because their boards of trustees are self-governing and answer to no one-unlike state institutions.

She also cited a recent article penned by Charles Nelms, a former HBCU president, that appears in the journal titled "Diverse Issues in Higher Education."

In the document Nelms, among other things, encourages alumni to speak up about things happening at their alma mater. "He encourages us to operate with best practices," Jones said.

Read more by clicking the News, Feature, Sports or the Campus Speaks tab above

Henry Ballard found God, then he found the military

Welcome back students. My goal is to serve you and help whenever I can. My hope is that you will reach out to me via text or email if you have a concern or an idea that will help the community. I encourage you to take note of my text number and email. Should you need me in any capacity please reach out to me. I truly enjoy being invited to the campus and listening to the ideas of the BCU community. Often, I have volunteer opportunities in the city that are interesting.

Find us on social media 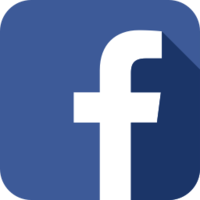 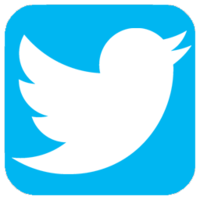